International bestselling author Kenneth J. Harvey is one of our most innovative, passionate, and ambitious writers. Unafraid to take chances and traverse genres to tell his stories, he has been called “Canada’s answer to Joyce Carol Oates,” and has attracted accolades from Nobel Laureate J.M. Coetzee for his “extravagantly haunted imagination.”

The Calgary Herald called his masterpiece, Blackstrap Hawco, “the Canadian equivalent of Gabriel Garcia Marquez’s epochal One Hundred Years of Solitude,”
while Quill and Quire, in a starred review, described it as “large in scope, large in ambition, and large in achievement.”

“Shout Harvey’s name from the rooftops,” trumpeted the Globe and Mail, in a review of Kenneth’s novel, Inside. “Marvelous, strange, beautiful, and sad…always
utterly potent. There is no other writer like him, Canadian or otherwise.”

Kenneth has won the Rogers Writers’ Trust Fiction Prize, the Thomas Raddall Atlantic Fiction Award, the Winterset Award, Italy’s Libro Del Mare, and has been nominated for the Books in Canada First Novel Award, the International IMPAC Dublin Literary Award, and twice for both the Giller Prize and the Commonwealth Writers Prize.

His editorials have appeared on CBC Radio, in The Times (UK) and in most major Canadian newspapers, including the Globe & Mail, National Post, Ottawa Citizen, Telegraph Journal, Vancouver Sun, Toronto Star and Halifax Daily News.

Reinventing the Rose, Kenneth’s latest novel, pits the forces of art and science, pro–choice and pro–life against each other in a taut psychological thriller that is part dystopia, part courtroom drama. The first Canadian novel to be published in Russia before it appeared in any other country—including Canada Reinventing the Rose is already a Russian bestseller.

Kenneth also sits on the Board of the Ottawa Writers’ Festival. He lives in Newfoundland. 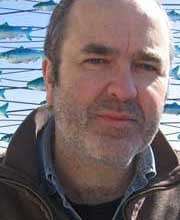 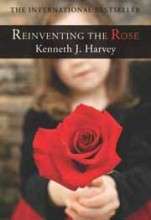