“I remember just how important the books of my childhood were to me… how much joy they gave me… I feel good that I can do that for some other kids.”

Born on Vancouver Island, Kenneth Oppel became a published writer the way aspiring children’s writers can only dream of. A family friend gave Roald Dahl the manuscript of Ken’s first book, a novella, who passed it on to his literary agent. Colin’s Fantastic Video Adventure was released in North America and Great Britain in 1985. Kenneth was 18.

Kenneth’s Silverwing trilogy has sold over a million copies worldwide and was adapted into an animated TV series and stage play. Airborn won a Governor General’s Award and Half Brother was the first book to win both the Canadian Library Association’s Book of the Year’s for Children and Young Adult Book Awards.

Kenneth’s most recent books are The Nest, Every Hidden Thing, and Inkling. He has twice been nominated for the international Hans Christian Andersen Award and been praised for his ability to blend reality with fantasy –something he achieves by creating genuine relationships and imaginative inclusion of the unusual.

Kenneth and his family have lived in the UK, the East Coast, and now make their home in Toronto.

Appearing in: Authors@School, Why YA: Childrens’ Authors on Kidlit, TWS: Creative Scribbling 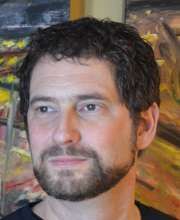