Born on Vancouver Island, Kenneth Oppel became a published writer the way aspiring writers dream of becoming a writer. While still in high school, a family friend passed his first completed novel to Roald Dahl who passed it on to his literary agent. Colin’s Fantastic Video Adventure was released in Canada, the United States, and Great Britain in 1985. Kenneth was 18.

Kenneth’s Silverwing trilogy has sold over a million copies worldwide and Airborn won the 2004 Governor General’s Award. Half Brother was the first book to ever win both the Canadian Library Association’s Book of the Year for Children Award and their Young Adult Book Award.

His latest novel, Such Wicked Intent, a follow-up to This Dark Endeavour, is the story of troubled teen Victor Frankenstein. Booklist calls it “Everything readers love about Oppel is here: his fierce intelligence; baroque but concise prose; developed, unsentimental characters; and ability to keep his eye on the prize-in this case, the stubborn, yet somehow still likable, character of Victor and his slow road to becoming Mary Shelley’s mad scientist.”

Following the publication of his first novel, Kenneth attended the University of Toronto to study English and cinema studies (and to write his second novel). He then spent the next three years at Oxford University where his wife was pursuing her doctorate in Shakespearean studies. Since then Kenneth and his wife, Philippa Sheppard, have lived in Newfoundland, Dublin, and now in Toronto, where they have settled with their three children. 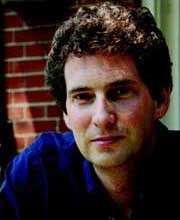 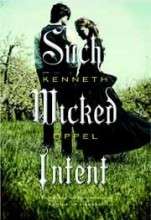