Kevin Connolly’s most recent book of poetry, Revolver, shortlisted for the prestigious 2009 Griffin Poetry Prize, is a daring marriage of technical skill and explosive imagination. Each of the 45 poems in the collection has a different style or tone. “He wanted the book, from poem to poem, to change voice,” notes his editor, Ken Babstock, who admits to being worried about the concept at first. “When I got the poems I realized he had done it without giving up that strong stride . . . each poem seemed to be coming with its own gravitational force, and seemed to be coming from, almost, a different poet…”

After graduating from York University in 1985, Kevin and Jason Sherman co-founded the seminal literary magazine What! When that magazine ceased publication, he became arts editor at the alternative weekly, Eye.

Now the consultant poetry editor for Coach House, he devotes his time to his poetry. His first collection, Asphalt Cigar, was nominated for the Gerald Lampert Award. Drift won the Trillium Book Award for Poetry.

Kevin says he operates “outside the normal bounds of canonical Canadian poetry. I don’t go with Al Purdy, or Leonard Cohen, or Lorna Crozier or people like that,” which may be why he has found an audience with a younger generation of poets and readers.

Connolly lives with his partner, writer Gil Adamson, in Toronto. 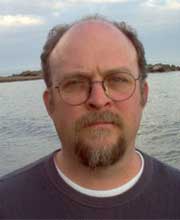