“One of the most celebrated and controversial writers to come out of Quebec in recent memory.”

Born in 1992, Kevin Lambert grew up in Chicoutimi, Quebec. He earned a Master’s degree in creative writing at the Université de Montréal. His first novel, Tu aimeras ce que tu as tué was widely acclaimed, won a prize for the best novel from the Saguenay region, and was a finalist for Quebec’s Booksellers’ Prize. His second novel, Querelle de Roberval, has been acclaimed in both Quebec, where it was nominated for four literary prizes, and France, where it was a finalist for the prestigious Prix Médicis and the literary prize of the Paris newspaper Le Monde.

The English translation of Kevin’s first novel, You Will Love What You Have Killed,was released this year. This surreal and darkly comic story centres around the young inhabitants (or ex-inhabitations, to be more precise), of Chicoutimi, as they come to terms with their afterlives, as children might, by going to school, playing with their friends, exploring their sexualities, and plotting their revenge. La Presse calls it “a powerful, inventive first novel midway between a memoir and a fantasy novel, funny and violent, unbelievably freewheeling even as it remains under tight control”, and Le Devoir praises the book as “wildly strange, but also furiously enthralling.” 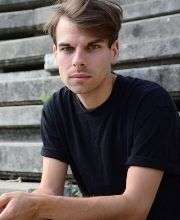 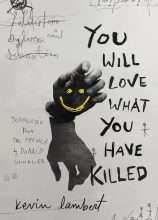