“Kids care about fairness. They care about justice. And they care about fun. My goal is to marry all three,” says award-winning author, illustrator, and broadcaster Kevin Sylvester.

Marry them he has, most recently in his hilarious Neil Flambé series. “Neil is a great chef, and a slightly horrible child,” Kevin says. “He makes art, but treats people around him like garbage.” So the question at the heart of the books is an ethical one: Is it ever okay to be a jerk?

Kevin does his own illustrations: Neil Flambé is his creation in book words and image. He also does illustrations for other books, including Don’t Touch that Toad! a book of true and false (and definitely weird) stories that parents tell their kids.

From 1999 to 2006, Kevin was a popular national sportscaster on CBC radio, and he has covered eight Olympic Games. Sports Hall of Weird and Gold Medal for Weird, his first two children’s books, as well as the more recent Game Day, grew out of that experience, as did Shadrin Has Scored for Russia – a book for adults – and Splinters about a girl who wants to play hockey.

Kevin is a regular on Sounds Like Canada and The Current. His documentary subjects range from racism in hockey to the history of church bells in Canada.

As an illustrator, Kevin is a regular contributor to the Literary Review of Canada, and his work has been auctioned off, raising tens of thousands of dollars for charities.

Kevin lives in Toronto with his wife and two daughters. 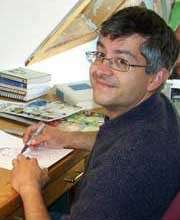 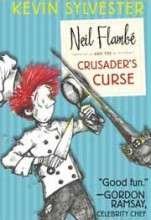