Named one of Canada’s leading adventurers by the Globe and Mail, Kevin Vallely has hiked the jungles of Sumatra and Sandakan, paddled the Mackenzie River in kayaks to the Arctic with his wife and two young daughters, and holds the world record for the fastest unsupported trek from the edge of the Antarctic continent to the geographic south pole. For these and other expeditions, he claims membership in an international Explorers Club, and is one of their flag recipients for furthering the cause of exploration and field science.

In the summer of 2013, he and three friends set out to become the first group to successfully traverse the 3,000km Northwest Passage in a single season – in a rowboat. No sail. No motor. The goal of this expedition – the likes of which had never been attempted before – was to help highlight the impact of global warming on the oceans and our planet. Kevin spreads this message in his book Rowing the Northwest Passage and in numerous speaking engagements designed to extend scientific awareness and touch the inner adventurer in each audience member.

Kevin lives in North Vancouver with his family, where his small architectural firm focuses on sustainable approaches to designing custom modern homes.

Appearing in: 2. Capturing Your Adventure in Word and Image, 5. Living on the Edge: Rowing the Northwest Passage 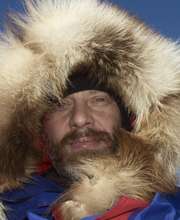