Poet, performer, and teacher Lara Bozabalian has been inspiring others for a decade with her love of words. She has been featured at numerous reading series across Ontario, including the Art Bar, Harbourfront’s Canadian Voices Slam, and the Words Aloud Festival. As a member of the Toronto Poetry Slam Team, Lara represented Toronto at last year’s American National Poetry Slam and the 2009 Canadian Festival of Spoken Word. She also wowed audiences at the 2008 Individual World Poetry Slam and the 2009 Women of the World Poetry Slam.

As passionate about teaching as she is about performance, Lara initiated and continues to run a spoken word festival for high school students across York Region. In addition, she’s a founding member of the Toronto Poetry Project, a collective dedicated to fostering social change and creative writing opportunities for youth. Head of English at a public high school in Toronto, she was recently nominated for the York Region District School Board’s 2010 Teacher of the Year Award.

Lara is the author of four chapbooks, including Exhale to December. Her first full-length collection, The Cartographer’s Skin, was released in May, 2010. 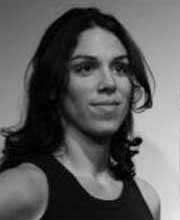 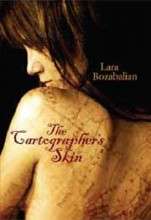