Lawrence Scanlan’s passion for the wild within and around us explains in part his love for horses. His 2007 children’s book, The Big Red Horse, won the  Manitoba Young Readers’ Choice Award; his biography of the Triple Crown thoroughbred Secretariat, The Horse God Built, has been optioned by a major Canadian film company; and he ghost-wrote Monty Roberts’ The Man Who Listens to Horses, which spent more than a year on the New York Times and Globe and Mail bestseller lists.

In his latest work, A Year of Living Generously: Dispatches from the Front Lines of Philanthropy, Larry turns his incisive and passionate journalist’s eye on himself and his place among the world’s disadvantaged. Samantha Nutt, writing in the Globe and Mail, calls the book an “unusually intelligent, thoughtful, engaging and, at times, provocative reflection on some of the most pressing issues of our time,” while the Winnipeg Free Press commends it for its “indefatigable reporting, three-dimensional portraits of the poor and disadvantaged and shrewd examinations of public-policy issues—all packaged in writing that’s lucid and laced with literary flair.”

A prolific and wide-ranging author, Larry has a second title coming out in 2010: The Rescue of Belle and Sundance, the true story of the rescue of two horses trapped on a mountain in mid-winter, will be published in November by HarperCollins.

Author of more than a dozen books, an award-winning magazine and newspaper journalist, and former CBC literary producer for Peter Gzowski’s Morningside, Larry was born in Toronto and now lives in Kingston, though he spends as much time as he can at the log cabin he built in Prince Edward County. 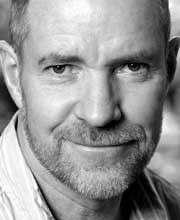 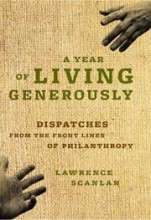