Larry Weinstein has won numerous International Emmy and Gemini awards as well as an Oscar nomination for Making Overtures: The Story of a Community Orchestra. In his latest feature documentary, Inside Hana’s Suitcase, he pursues a new direction, exploring the story of two Jewish children who lived through the Nazi occupation of Czechoslovakia. At the same time it is the present-day story of a group of Japanese children and Fumiko, their teacher, and how they solved the mystery of Hana Brady, whose name was painted on an old battered suitcase from Auschwitz.

Larry’s documentaries have been televised in more than forty countries, and he was recently honoured with a number of retrospectives of his work, including tributes at Hot Docs (Toronto), MOFFOM (Prague) and DocAviv (Tel Aviv). A co-founder of Rhombus Media, he has shared honours for The Red Violin, which won an Academy Award, and the much-celebrated Thirty Two Short Films About Glenn Gould. He is a graduate of York University, which awarded him an honorary doctorate. He lives in Toronto with his wife and two teenaged daughters. 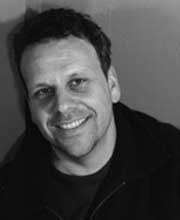