Lauren B. Davis doesn’t shy away from difficult subjects.

The Empty Room, a funny and poignant story of addiction that draws on the experience of the author’s own family, is being lauded for its depiction of a middle-aged woman’s decent into alcoholism. The Globe and Mail calls it “raw and disturbing’ and “completely believable.”

Her last novel, Our Daily Bread, tells the story of an isolated mountain family in Nova Scotia, drawing on true (and quite horrific) events. In The Globe and Mail, author Alan Cumyn heaped praise for the novel’s “simple, brave, powerful scenes, skillfully written with an anger no less effective for being tempered – scenes that sit with the soul long after the book is closed.” And in his starred review in Quill & Quire of Our Daily Bread, novelist Robert J. Wiersema notes that the novel “succeeds on every level, and will leave readers, much like the book’s characters, devastated and clawing toward the light.”

Montreal-born, Lauren lived with her husband in France for a decade and there began a long-distance study of the writing craft with, among others, Timothy Findley at Humber College’s Mentor Program. With Findley’s help, Davis assembled a collection of short stories, which was published in 2000 as Rat Medicine & Other Unlikely Curatives. This was followed by another short story collection, An Unrehearsed Desire, and a two novels: The Stubborn Season and The Radiant City.

Since 2004, Lauren Davis has lived in Princeton, New Jersey where she teaches writing at a men’s prison and writes daily. “Writing,” she observes, “is a practice, like meditation or prayer. You have to keep at it, day after day, even when it seems like absolutely nothing good is happening. Perhaps especially then…Sometimes people ask me why I write…I say I write because I’m saner when I do than when I don’t.” 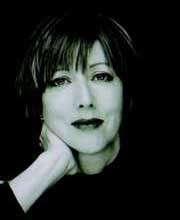 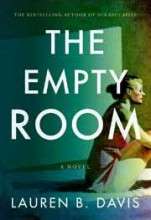