New York in the 1950s was filled with big dreams and a sense of grandeur. Laurie Lewis lived in the heart of it, elbow to elbow with jazz greats such as Miles Davis and Thelonious Monk.

Love, and all that jazz, the second installment in the story of Laurie’s multifarious life, is set in Manhattan in the late 50s and in Toronto a bit later. It is a time when Laurie was married, divorced, madly in love Gary Lewis, remarried and became a mother. “She was an independent woman when the phrase was still an oxymoron,” says journalist Michele Landsberg.

Laurie grew up in a Communist family in Calgary in the 1930s, a story revealed in her debut memoir, Little Comrades. She was 80 years old when the book was released to critical and popular praise. Coincidentally, her mother, Ellen Stafford, also published her first novel at 80.

Laurie was no stranger to publishing. She entered the industry in 1961 when she started working for Doubleday in New York. “Publishing was what I knew,” says Laurie. “I had grown up in a household where the words for the trade were common words in the house.” Baited with the language of publishing, her career advanced to the University of Toronto Press where she worked as a designer and art director until she retired to Kingston in 1990.

Here she launched The Artful Codger Press to give local writers a voice. The press specializes in poetry, biography and stories by writers living in the area. Laurie is currently writing poetry and a series of stories about her aunts, uncles, and grandmothers. 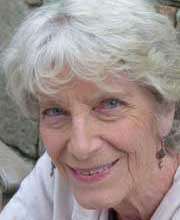 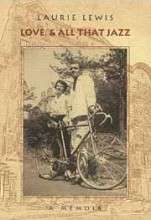