The multi–talented Laurie Lewis has been a well–known and much–beloved member of the Kingston literary community for at least a decade, and it is with great pleasure that Kingston WritersFest celebrates the release of her first book, Little Comrades. Published by the prestigious literary press, Porcupine’s Quill, Little Comrades tells the fascinating story of her childhood, growing up in a dysfunctional left–wing family in the Canadian West during the Depression, and then moving, alone with her mother, author Ellen Stafford, to New York City during America’s fervently anti–Communist postwar years. With wit, honesty, and verve, Laurie describes a highly unusual childhood and an adventurous adolescence. “Deftly rendered and simply told, with thoughtful recollection and frequent sparks of humour, this personal narrative is grounded in and propelled throughout by a clear and fierce intelligence,” says Diane Schoemperlen.

Laurie is a Fellow of the Graphic Designers of Canada and is Editor Emeritus of Vista, the publication of the Seniors Association in Kingston. She is also the director of Artful Codger Press.

She began her career in publishing with Doubleday in New York in 1961, returning to Canada in 1963 to join University of Toronto Press, where she worked in production and design of U T P publications, becoming Head of Design at U of T Press. During her thirty years in publishing, she also taught book design in Guyana, the Philippines, and at Ryerson University in Toronto.

Laurie’s writing has been broadcast on CBC and has appeared in several journals and publications, including Contemporary Verse 2, Queen’s Feminist Review, and Kingston Poets’ Gallery. A chapter of her current manuscript–in–progress was shortlisted for the 2007 CBC Literary Awards in Creative Non–Fiction. 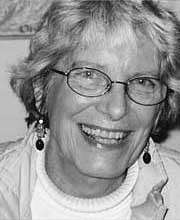 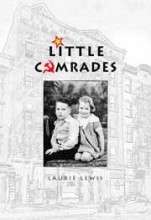