Lawrence Martin’s bestselling biographies of contemporary Canadian political figures set a standard that few others can match. His controversial portrait of Lucien Bouchard, The Antagonist, cast brilliant light on this cryptic and charismatic politician, while The Calgary Herald described Iron Man: The Defiant Reign of Jean Chrétien as “the definitive biography of a Prime Minister that Canadians love to loathe and can’t help but like.”

In his latest release, Harperland, Lawrence turns his penetrating scrutiny on our current Prime Minister. Focusing on the growth of executive power under Harper and drawing on interviews with prominent insiders, he probes the smearing of opponents, the silencing of the public and diplomatic service, the secrecy, the prorogations, the unprecedented centralizing of power, and the attempted muzzling of the media. He examines the controversies—and lets readers draw their own conclusions. Tough but balanced, Harperland offers a clear picture of a skilled politician at a crucial point in Canadian politics.

The author of ten books—including a biography of Mario Lemieux—Lawrence was educated at McMaster and Harvard. He served as Washington and Moscow bureau chiefs for The Globe and Mail before becoming an award–winning national public affairs columnist. 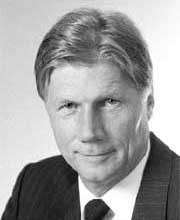 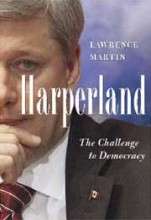