When asked what advice she has for those who want to work towards the regeneration and resurgence of Indigenous cultures, Leanne Betasamosake Simpson simply says: “Do whatever you can do with what you have. Start.”

Leanne certainly practices what she preaches. Simpson is a writer, scholar, storyteller, and spoken word artist of Michi Saagiig Nishnaabeg ancestry, and is a member of Alderville First Nation. A prominent voice in the Idle No More movement, she is a firm believer in responsibility and reciprocity: “If you’re not developing relationships with the people, you’re not giving back, you’re not sticking around to see the impact of the extraction [of resources].”

In Dancing on Our Turtle’s Back: Stories of Nishnaabeg Re-Creation, Resurgence and a New Emergence, Leanne argues that reconciliation “must be grounded in political resurgence and must support the regeneration of Indigenous languages, oral cultures, and traditions of government.” The book is as original as it is challenging, as Simpson explores philosophies and pathways of regeneration, resurgence, and a new emergence through the Nishnaabeg language, Creation Stories, walks with Elders and children, celebrations and protests, and meditations on these experiences. John Borrows calls it “a must-read for everyone interested in re-energizing Indigenous movement throughout Turtle Island.”

In This is an Honour Song, she brings together a collection of narratives, poetry, and essays by leading Indigenous and non-Indigenous artists, scholars, activists, and traditional people to explore the broad impact of the 1990 resistance at Kanehsatà:ke, otherwise known as the “Oka Crisis.” The book is written – and is sung – as an Honour Song celebrating the commitment, sacrifices, and achievements of Kanien’kehaka individuals and communities.

Her forthcoming book, The Gift is in the Making, is a collection of traditional stories, re-told. Her first book of short stories, Islands of Decolonial Love will be released this fall. According to Naomi Klein, Leanne’s work has “influenced a new generation of native activists.”

Leanne is also a powerful spoken-work artist and has given profound talks on native issues across the country, including “Can Traditional Knowledge Survive in the Modern World?”, a TVO Big Ideas Lecture.

Leanne holds a PhD from the University of Manitoba and is an instructor at the Centre for World Indigenous Knowledge, Athabasca University. She has published over thirty scholarly articles and has written for Now Magazine, Spirit Magazine, Anishinabek News, the Link, Briarpatch Magazine, and Canadian Art Magazine, among others. 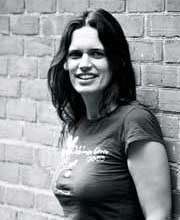 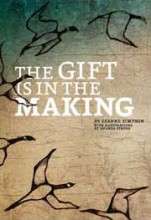