Leanne Lieberman doesn’t avoid hard subjects, even when writing for a younger audience. Her first young adult novel, Gravity, introduced a distinctly unorthodox Jewish teenager faced with the choice of denying her sexuality or losing her community. It was a Sydney Taylor Notable Book and made the 2009 Rainbow List. The Book of Trees deals with the emotionally charged topic of Israeli/Palestinian relations. Her most recent novel, Lauren Yanofsky Hates the Holocaust, is the story of a teenage girl whose father is a Holocaust historian and whose family takes summer vacations at Holocaust memorials. Lauren complains, “Some kids got Disney, I got Hitler.” But Lauren has tough decisions to make when boys from her high school start playing Nazi games.

Kirkus Reviews writes, “Lieberman, known for her edgy, provocative Jewish-themed novels,…creates another strong female protagonist, whose characterization of Judaism as a religion ‘about loss, grief and persecution’ will raise eyebrows with both Jewish and non-Jewish readers. A thought-provoking exploration of a teen’s evolving ideals.”

Mark Oppenheimer, beliefs columnist for The New York Times, writes in The Jewish Daily Forward: “What’s remarkable about her books is…the combination of courage and informativeness.”

Leanne lives with her husband and two sons in Kingston and teaches at an elementary school in Westbrook, Ontario. 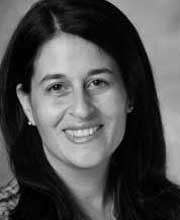 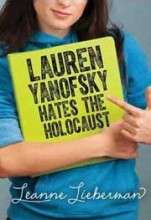