“One of the most prolific and respected Indigenous writers in Canada. ” – CBC

Lee Maracle is the author of numerous critically acclaimed works including: Ravensong, Bobbi Lee Indian Rebel, Daughters Are Forever, Celia’s Song (long listed for CBC Canada Reads and a finalist for the ReLit Award), I Am Woman, First Wives Club, Talking to the Diaspora, Memory Serves: Oratories, and My Conversations with Canadians, which was a finalist for the Toronto Book Award and the First Nation Communities READ Award. She is also the co-editor of the award-winning My Home As I Remember. Lee has served as Distinguished Visiting Scholar at the University of Toronto, the University of Waterloo, and the University of Western Washington. Lee received the J.T. Stewart Award, the Premier’s Award for Excellence in the Arts, the Blue Metropolis Festival First Peoples Prize, the Harbourfront Festival Prize, and the Anne Green Award. Lee received an Honorary Doctor of Letters from St. Thomas University, is a recipient of the Queen’s Diamond Jubilee Medal and is an Officer of the Order of Canada.

Her latest poetry collection, Hope Matters, co-written with her daughters Columpa Bobb and Tania Carter, focuses on the journey of Indigenous people from colonialism towards a “shared song of hope and reconciliation.”

A member of the Sto:lo Nation, Lee lives in Toronto and teaches at the University of Toronto.

Appearing in: 36. The Big Idea: Is Democracy Doomed?, 40. Hope Matters 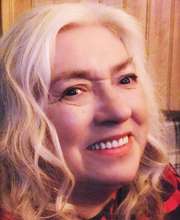