Poet, novelist, teacher, and activist Lee Maracle consistently challenges racism, sexism, and white cultural domination. It is this critical awareness that led the Vancouver Sun to label her a “leading figure in Native literature.”

As a member of the Sto:Loh nation and both the Red Power and Liberation Support movements, Lee finds inspiration for her literature in the active struggle for native rights and gender equity as well as in her mentoring role to aboriginal students at the University of Toronto and The Centre for Indigenous Theatre.

It is not surprising, then, that her novels, Ravensong, Bobbi Lee, and Sundogs, feature native female protagonists caught between their traditional culture and white society’s intrusive values. Her short story collection Sojourner’s Truth, and her poetry collection, Bentbox, reinforce similar themes and also serve to demonstrate the breadth of her literary voice, while her non–fiction work I Am Woman represents Lee’s “personal struggle with womanhood, culture, traditional spiritual beliefs and political sovereignty.”

Her latest collection of short stories is First Wives Club: Coast Salish Style, which takes the reader on 10 journeys through the life experiences of an Aboriginal woman, university professor and single mother. Heartwarming, tragic, amusing, and candid, First Wives Club shows Lee at the top of her form.

Lee is a mother to four and a grandmother to four more. Her life has led her across Canada; she was born in North Vancouver, British Columbia and now resides in Innisfil, Ontario. Her upcoming works include Memory Serves: and Other Words and Celia’s Song. 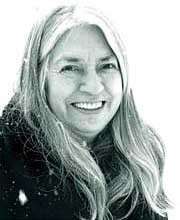 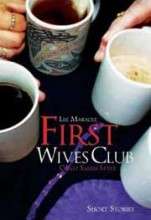