“To begin,” says Brent Robillard, “I write longhand in messy, fat, spiral-bound, 5-subject notebooks…This low-tech approach to writing has its advantages. I am not bound to any one room…I can write anywhere. And I do. But admittedly, I am a creature of comfort. Although I enjoy the outdoors, I will not play victim to its precariousness while I write. I do not want my pages ruffled by the wind. I need climate control. Coffee. Anonymity.”

Uptown Magazine calls his “very fine third novel,” Drift, “a powerful story of a sometimes-forgotten piece of Canadian history.” Drift, set in Paardeberg, South Africa during the Second Boer War, is a story about best friends from a small Manitoba town who sign up with the Winnipeg Rifles’ “A” Company. Canada’s role in the Boer War of 1899-1902 was a source of pride, giving a boost to Canadian nationalism. The Winnipeg Free Press says, “…his prose is economical without being sparse, tending toward short sentences, even sentence fragments. It’s a style somewhat reminiscent of Hemingway, and it suits his subject well.”

His previous novels are Leaving Wyoming and Houdini’s Shadow.

Brent is also a poet, author, and educator. His work has appeared in various magazines, journals, and anthologies in Canada and abroad, including The Fiddlehead, Grain, Prairie Fire, and Queen’s Quarterly. He is a past recipient of the George Johnston Poetry Prize. He lives in Athens, Ontario. 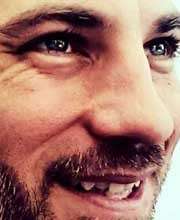 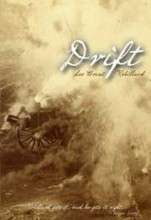