Leon Rooke, master of mayhem, populates his writing with singular characters who speak in unique cadences. His writing combines the rhythms and idioms of the southern US, where he was born and educated, and Canada, which has been his home for forty years. His short stories, novels and play have all been critically acclaimed. His new book is The Last Shot: Eleven Stories and Novella.

Born in North Carolina, Leon was educated at the University of North Carolina at Chapel Hill, where he majored in journalism before switching to dramatic art. His time there was interrupted when he was drafted into the United States Army and stationed in Alaska.

Leon moved to Canada in 1969 when his wife, Constance, took up a teaching position at the University of Victoria. The Rookes moved to Eden Mills, near Guelph, and in 1989 Leon founded the Eden Mills Writers’ Festival.

Leon, who has been called the Miles Davis of CanLit, is the author of eight novels, including The Fall of Gravity, Shakespeare’s Dog, winner of the Governor General’s Award, and A Good Baby, which was made into a feature film. He has also won the W.O. Mitchell Literary Prize, the Canada-Australia Literary Prize, and the CBC Fiction Prize. 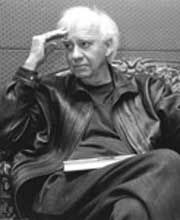