“I love writing young adult books,” says author Lesley Livingston. “I love the readership, which is both young and young-at-heart, and I love the stories I get to tell.”

In Now and for Never, Lesley’s final book in the award-winning Never trilogy of time-travel romance-adventures, the main characters unexpectedly find themselves temporal stowaways on a Roman warship full of looted Celtic gold, sailing straight for the heart of a magic-fuelled maelstrom.

Of the trilogy’s first book, Quill and Quire writes that Lesley “has done something that goes beyond magical–in fact, it may just be miraculous. In Once Every Never, the first in a planned trilogy, she has combined the worlds of chick lit and Druid blood curses. And it works.”

Lesley, who has a master’s degree in English from the University of Toronto, specialized in Arthurian literature and Shakespeare. Her many books, which also include the popular Wondrous Strange series, have been shortlisted in Canada for the Canadian Library Association Young Adult Book Award, and Quill and Quire’s Young Adult Science Fiction Book of the Year, among other honours.

Lesley hosted late-night movie marathons on television as a sparkly holographic waitress with an encyclopedic knowledge of obscure B-movie trivia, and was a principal performer with Tempest Theatre Group, a Shakespearean theatre company. She lives in Toronto. 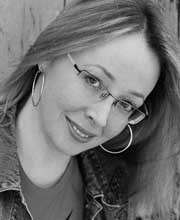 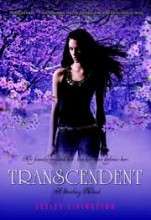