Lewis DeSoto’s new novel, The Restoration Artist, brings together his two abiding passions: art and literature. He loved both poetry and painting, but as a young man, poetry won out. Then, when he was accepted to art school, he consigned his early poems, short stories, and attempts at novels to the fire.

“It was my belief then that one could not master two crafts at the same time,” he says now. “I would be a writer or a painter. Not both.”

And so he became a painter, going through the usual stages of art school, apprenticeship, loft apartments, exhibitions, eventually teaching fine art at Queen’s. One day, he packed the few paintings he thought worth keeping into his pickup truck and took a knife to the rest, slashing the canvases off their frames and throwing them into a dumpster. He drove west and settled into a house overlooking the Pacific, where he started to write again.

The Restoration Artist is about a painter suffering a crisis on an island. The book isn’t directly autobiographical – Lewis’s protagonist is shattered by far more than doubts about art – but writing it led Lewis to think deeply about painting, and writing, too.

Lewis’s first novel, A Blade of Grass, was longlisted for the Man Booker Prize and the Prix du Meilleur Livre Étranger and was a finalist for the Royal Society of Literature Ondaatje Prize and the William Saroyan International Prize for Writing. The Times hailed it as an “Outstanding debut novel…a cogent portrayal of race relations during the apartheid era.” He has also written a biography of Emily Carr for the Extraordinary Canadians series.

Lewis did not give up painting entirely. Throughout the writing of his three books, he has produced hundreds of landscapes, each no bigger than half a sheet of paper, always painted from life – for himself, not for exhibition or sale. “The act of seeing, of making, of engaging with the beauty of the world, is all,” he says. At the same time, he writes because “only the novel offered a canvas broad and complex enough to contain all that interested me as an artist.”

Lewis was born in South Africa and moved to Canada as a teenager. He now lives with his wife, the artist Gunilla Josephson, in Toronto and Normandy, France. 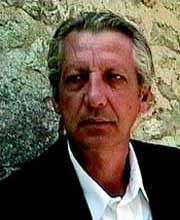 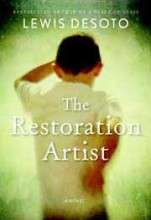