Liam Karry is the founding artistic director of the Single Thread Theatre Company and a founding member of the CoLABoratory Theatre Workshop Initiative, the Kingston Theatre Alliance, as well as The Kick & Push Festival, where he now serves as festival director. His most recent directing credit was a site-specific production of Anne Baker’s “The Flick” at the Screening Room in August of 2018. He also recently participated in Director’s Lab North 2017, a week-long intensive produced in partnership with Luminato, Soulpepper, and the Tarragon Theatre. Upcoming projects include two site specific pieces in Kingston, Ontario, and a third in Bangkok, Thailand. 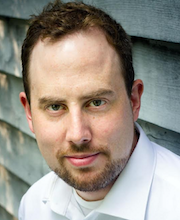