When she was growing up in Winnipeg, Lindsay Mattick thought of Winnie-the-Pooh as her own great-grandbear, because Captain Harry Colebourn, her great-grandfather, was the Canadian soldier and veterinarian whose pet bear cub (named after his hometown) inspired A.A. Milne. Her picture book, Finding Winnie: The True Story of the World’s Most Famous Bear (illustrated by Sophie Blackall), celebrates that unique connection.

Lindsay worked with Ryerson University to assemble their 2014 exhibition, ”Remembering the Real Winnie: The World’s Most Famous Bear Turns 100,” which featured her great-grandfather’s photographs, letters, and diaries. Some of these are reproduced in the last section of her book, reinforcing the authenticity of her story.

As part of Prince Charles’ commemoration of the outbreak of World War I, Lindsay accompanied the National Arts Centre Orchestra to present some of the educational events of their UK tour. She shared her family story at London Zoo (where there is a statue of her great-grandfather and Winnie), read her book to families at Salisbury Cathedral, and presented Prince Charles with a gift for his grandson, Prince George.

After a decade working in public relations crafting other people’s stories, Lindsay is excited to share her own family story with adults and children, including her young son, Cole. Finding Winnie has been Number 1 on the New York Times list of bestselling picture books. 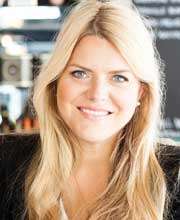 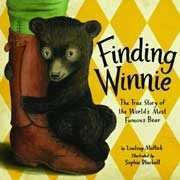