“Where has Linwood Barclay been all my life?” asked Stephen King, after finishing Never Look Away. ”His is the best thriller I’ve read in five years. I literally couldn’t put it down.”

With fans like that, it’s not surprising that the National Post calls Linwood “Canada’s current thriller king.” A prolific writer, Linwood has published a book a year since 2003, for a total of seven bestselling novels.

After his first four comic thrillers, featuring the character Zack Walker, Linwood turned to darker, standalone novels, starting with No Time for Goodbye, which became an international hit. The novel has been translated into nearly forty languages, was the single bestselling novel in the UK in 2008, and has been optioned for film by Eric McCormack. Since then, all of Linwood’s novels have appeared on bestseller lists, and more his books have been optioned.

His latest, The Accident, tells the story of Glen Barber, a contractor who, like many in his community, has been feeling the pinch of the recession. When his wife getscaught in a get–rich–quick scheme gone horribly awry, Glen is forced to conclude that“the accident” wasn’t really an accident, at all.

Most of Linwood’s fictional worlds are set in the United States, where he was born, though his family moved to a Toronto suburb just as he was turning four. They later moved to the Kawartha Lakes region, but Linwood eventually returned to Toronto where he worked for The Toronto Star from 1981 to 2008. He now spends most of his time writing and promoting his thrillers—as well as making wisecracks. 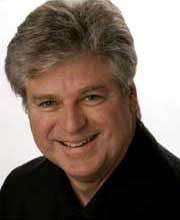 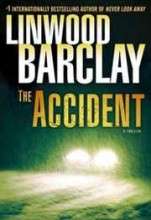