Lisa Charleyboy (Tsilhqot’in – Raven Clan) is originally from the Tsi Del Del (Alexis Creek) First Nation, and now divides her time between Vancouver and Toronto. The National Post called her an “Aboriginal Storyteller for the digital generation.” She describes herself as a writer and a social entrepreneur.

A graduate of York University’s Professional Writing program, she is the cofounder and editor-in-chief of Urban Native Magazine, which focuses on pop culture with an indigenous twist. She writes for a variety of other publications, including The Guardian, CBC Arts, and This Magazine. Lisa started her popular blog, Urban Native Girl, in 2007 that, like her magazine, is aimed at inspiring indigenous youth with positive success stories.

Lisa is the co-editor of Urban Tribes: Native Americans in the City, an anthology of stories, poems, and art by young urban Natives who strive to stay connected to their culture, break down stereotypes, and use their Indigenous worldview to forge a better future for themselves and others. Her previous book, also co-edited with Mary Beth Leatherdale, is Dreaming in Indian: Contemporary Native American Voices.

In 2015, Lisa began hosting CBC Radio’s New Fire program and has filmed a TV show based on her life as she documents Aboriginal success. She is finishing her EMBA in Aboriginal business and Leadership at Simon Fraser University. The Huffington Post has named Lisa “one of three Aboriginal Millennials to watch.” 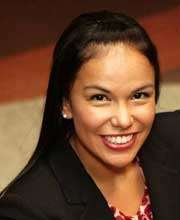 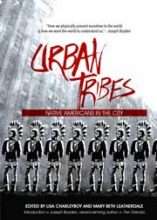