Lisa Moore is known as one of Canada’s best women writers, with each successive book pitching new curves of emotional and psychological intensity. She comes to Kingston with her latest novel, the Man Booker nominated February, which deals with the sinking of the off-shore oil rig, the Ocean Ranger, off the coast of Newfoundland in the early 1980s. Shifting time and perspective throughout the book, she follows a woman whose husband died in the Valentine’s Day disaster as she remembers, and struggles with newly stirred emotions.

Lisa studied fine arts at the Nova Scotia College of Art and Design before taking courses in creative writing at Memorial University in Newfoundland.

“What I took from painting was a kind of discipline that had to do with really looking at objects,” she says. “If you’re going to try to interpret the physical world through paint, you have to really look hard.”

Born and raised in St. John’s, Lisa lives there still, a member of The Burning Rock Collective of writers that includes Michael Winter and former Kingston writer Michael Crummey.

Alligator, Lisa’s first novel, appeared in 2005 and was nominated for the prestigious Giller Prize, and in 2006, won the Commonwealth Writers Prize for the Caribbean and Canada region. Her earlier book, Open, was also nominated for the Giller Prize and won the Canadian Authors Association Jubilee Award for Short Stories in 2002. 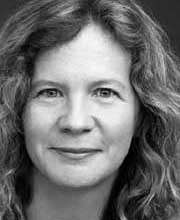 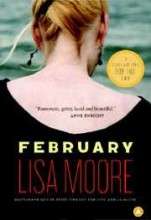