“My father used to tell my sister and me stories at bedtime. … stories he made up as he went along, with elaborate plots …. There were long journeys fueled, usually, by a loaf of stale bread, water from a stream. Those kinds of stories.” Lisa Moore in The Toronto Quarterly.

Born in St. John’s, Lisa has gone on to tell her own elaborate stories and to see her books nominated for—and win—prestigious prizes.

Her most recent novel is Flannery, about Flannery Malone, in love with Tyrone O’Rourke, her partner in an entrepreneurship project at school who seems to have gone missing. But Tyrone isn’t Flannery’s only problem. Her mother, Miranda, can’t pay the heating bills or buy Flannery’s biology book. Her little brother, Felix, is careening out of control, and a series of shattering events makes Flannery realize that real-life love is far more potent—and potentially destructive—than any fairy-tale prescription.

Lisa’s first novel, Alligator, was nominated for the Giller Prize and won the Commonwealth Writers’ Prize (Canada and the Caribbean).

Her second novel, February, won CBC’s Canada Reads competition, was longlisted for the Man Booker Prize, and was named a New Yorker Best Book of the Year, and a Globe and Mail Top 100 Book. She lives in St. John’s. 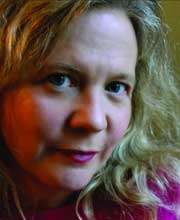 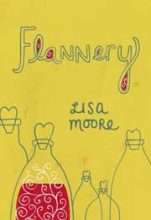