Award-winning translator Lori Saint-Martin shakes her head when she recalls her first attempt to render an English book in French. It was Daphne Marlatt’s ambitious, experimental novel, Ana Historic.

“I marvel at the nerve I had at the time, with no experience, wanting to take it on through sheer love,” she says.

Yet love won the day, in more ways than one—for together with her husband and partner, Paul Gagné, she achieved a masterful translation, and the pair have been working together successfully ever since.

A professor of literature at Montréal’s UQAM, Lori is also a writer. Perhaps this explains the extraordinary sensitivity to character, rhythm, and nuance that she brings to her translations from English.

“The translator’s ethic and aesthetic are bound up together,” she says. “You have to find the voice, the music of the author, and render it as best you can. There is artistry involved, but also a kind of abnegation. Writers with big egos make bad translators because translation is not about you; it’s about the book. The voice has to be true.”

Lori’s translation of Last Notes and Other Stories by Tamas Dobozy won the 2007 Governor General’s Literary Award—her second—for French translation. She and Paul have also translated The White Girl by Joan Clark, In the Belly of a Hyena by Nega Mezlekia, and Bang Crunch by fellow Festival author Neil Smith. The pair have won or been shortlisted for numerous other awards.

The author of several story collections as well as critical works—including The Traveler and the Prisoner: Gabrielle Roy and Women’s Issues—Lori lives in Montréal. 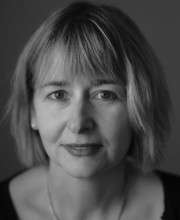