Lorna Crozier is one of the few Saskatchewan natives to achieve fame and greatness without learning how to throw a curling stone or shoot a hockey puck.

Lorna’s poetry career got off to a very early start. “Grade One for me was a significant year in my development as a poet. Over 40 years later I can still see my teacher, Miss Brye, tacking what I remember as my first poem on the bulletin board for everyone to read. In retrospect I can say the poem was terrible, but at six I was brimming with pride,” Crozier says.

Lorna, who was born in Swift Current and earned a BA from the University of Saskatchewan, has written more than a dozen books of poetry, including her 1992 book, Inventing the Hawk, which won the Governor General’s Award. This year she moves from poetry to creative nonfiction with her memoir, Small Beneath the Sky.

She has earned praise from one of the queens of Canadian literature, Margaret Laurence, who called Lorna “a poet to be grateful for.” In May of 2005, she had the chance to meet real royalty when she recited a poem for Queen Elizabeth II as part of Saskatchewan’s Centennial Celebration.

In four decades as a working poet, Lorna has read her work on every continent (except Antarctica) and has become one of the country’s most beloved and best-read poets. 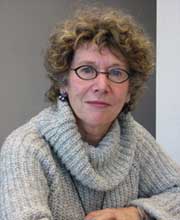 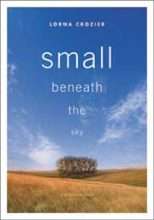