“If a poem makes me say, ‘Wow! I’ve never heard this before’ then I’ve found something that will be precious to me. There is a kind of logic that sound creates–that rhythm creates and that metaphor creates–which is the essential logic that lies at the heart of a good poem. It’s a kind of thinking, of proposing, of reasoning that can teach us the most because it’s done at a level beyond thought. That’s what I’m after in what I read and in what I write.”

Lorna Crozier is one of Canada’s most beloved poets. Each of her 16 books of poetry reflects her ongoing passion to speak the truth. Of her 2007 collected poems, The Blue Hour of the Day, The London Times Literary Supplement said: “It reads like one long autobiographical poem of astonishing coherence and beauty…so powerful that, after I’d closed the book, I found that I’d unwittingly learnt several of the lines by heart.”

Small Mechanics, Lorna’s rich and wide–ranging new collection, contemplates the passing of time, the small mechanics of the body as it ages, the fine–tuning of what a life becomes when parents and old friends are gone. Brilliantly poised between the mythic and the everyday, the anecdotal and the delicately lyrical, these poems contain the wit, irreverence, and startling imagery for which Lorna is justly celebrated.

A renowned editor and inspiring mentor and teacher, who chairs the writing department at the University of Victoria, Lorna has received scores of awards. These include the 1992 Governor–General’s Award, the Canadian Author’s Association Award for Poetry and the League of Canadian Poet’s Pat Lowther Award for her collection Inventing the Hawk. In 1995, she once again won the Pat Lowther Award for Everything Arrives at the Light. Her other poetry awards include the Dorothy Livesay Prize for Poetry, the National Magazine Gold Medal and first prize in the National CBC Literary Competition. She was recently named a fellow of the Royal Society of Canada, and has just been appointed to the Order of Canada.

Lorna, who has read her poetry on every continent other than Antarctica, and in 2005, recited a poem for Queen Elizabeth II as part of Saskatchewan’s Centennial Celebration, is here for her second appearance at Kingston WritersFest. She lives in Saanich, B.C. with author Patrick Lane and her cats. 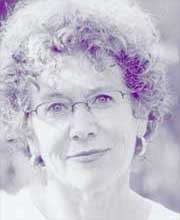 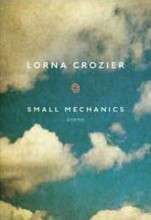