By Love Possessed is the third book of short stories and the first to be released in Canada from renowned poet, Lorna Goodison. Donna Bailey Nurse, writing in the Globe and Mail, describes it as “stunning,” while The National Post calls it “a virtuosic collection…that will likely stand among the best books released in 2011.”

Lorna’s gift for portraying voices and her ear for the rhythms of various dialects have made her eight books of poetry part of the Caribbean’s literary canon and have earned her a place in the Norton Anthology of World Masterpieces.

The second youngest child in a family of nine, Lorna describes herself as a reluctant writer, but one who finds she must write to keep herself balanced. She is also a painter and has produced beautiful covers for her books, which include: I Am Becoming My Mother (which won a Commonwealth Poetry Prize); To Us, All Flowers Are Roses; Travelling Mercies; and Controlling the Silver.

Lorna’s writing has made her a world traveler. It brought her to Toronto where she has taught at the University of Toronto, and to Ann Arbor’s University of Michigan. She has also been a Member of the Jamaican National Commission to UNESCO. Lorna has won the Musgrave Gold Medal and Centenary Medal from the Institute of Jamaica.

Her acclaimed memoir From Harvey River: A Memoir of My Mother and Her People, was a finalist for the Charles Taylor Prize for Literary Non–fiction and the Trillium Book Award, and won the prestigious B.C. National Award for Canadian Nonfiction.

A mother of a son named for Miles Davis, Lorna owns a home in Toronto’s Cabbagetown and splits her time between there and Jamaica. 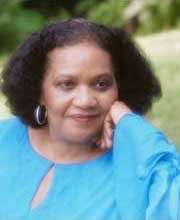 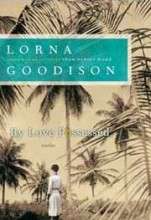