With each succeeding Inspector Gamache mystery, Louise Penny has hit the literary high note. The first person in history to win the Agatha Award for Best Mystery three years in a row, Louise has also won an Arthur Ellis Award and a New Blood Dagger Award, and her books have earned starred reviews from Kirkus, Publishers Weekly, Library Journal, Library Booklist, and Quill & Quire.

What sets Louise’s novels apart is their expert characterization and their complex plots that owe “more to human emotion and psychology than to clockwork timing,” says Margaret Cannon in the Globe and Mail.

Louise’s latest, Bury Your Dead, is set in an ancient library in Québec City. A brutal murder opens a door into the past, exposing a mystery that has lain dormant for centuries—a mystery that Chief Inspector Armand Gamache must solve if he’s to apprehend a present-day killer.

Born in Toronto, Louise has also lived in Thunder Bay, Winnipeg, Québec City and Montréal. For years she worked as a host and journalist for CBC Radio, specializing in hard news and current affairs.

“It was a great place to learn the art and craft of radio and interviewing, and listening,” she says. “That was the key. A good interviewer rarely speaks, she listens. Closely and carefully. I think the same is true of writers.” 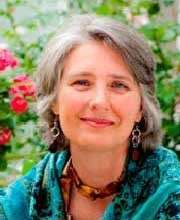 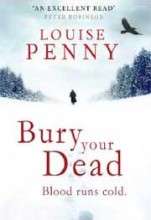