Debut memoirist Lynn Thomson says of writing Birding with Yeats, “…House of Anansi…thought it was unusual for a teenaged boy to want to spend hours alone in the forest with his mother, and they wondered what the story was behind that. I was confident that people would be interested in this topic because whenever I described one of our birding expeditions to my writing group, they loved it. They wanted more.”

Birding With Yeats is a touching memoir about a mother, her son, and the wonder of the natural world. According to the National Post review by Kerry Clare, “If Birding With Yeats is a guide to anything, it’s a guide to the middle years of a woman’s life, that curious and challenging phase during which she starts to become invisible to the world just as she’s discovering herself. The high-impact days of parenting are winding down and she’s got room to grow, time on her hands.”

Lynn has worked as a bookseller for years, and is married to Ben McNally, owner of Ben McNally Books in downtown Toronto, but this is her first outing as a published writer. Her favourite place to write is at her desk on the second floor of their house. 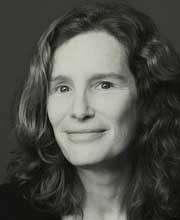 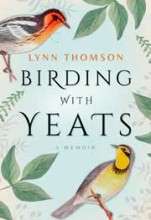