“It’s a miracle. The whole thing is a miracle. I’m afraid I’ll wake up and it’s all a dream.” So says Lynne Kutsukake when discussing the arrival of her emotionally gripping debut novel, A Translation of Love. The moving story of thirteen-year-old Aya’s “repatriation” to post-war Japan from a Canadian internment camp is a sweeping exploration of friendship, identity, loss, and love.

Although Lynne jokingly refers to herself as “a late, late, late bloomer,” she is being touted as a Knopf New Face of Fiction for 2016. This highly selective program, which is celebrating its 20th anniversary, has debuted the novels of major talents such as Yann Martel, and Kingston WritersFest alumni Ann-Marie MacDonald, Dionne Brand, Timothy Taylor and Ami McKay, to name a few.

Unsurprisingly, reviews of A Translation of Love have been full of praise. A starred Kirkus Review calls the novel “emotionally rich without turning saccharine, twisting without losing its grounding in reality … classic historical fiction at its best. A vivid delight chronicling a fascinating—and little-discussed—chapter in world history.”

Lynne holds a master’s degree in East Asian Studies, and she studied Japanese literature in Japan. Her short fiction has appeared in Grain, Prairie Fire, The Dalhousie Review, The Windsor Review, and Ricepaper. She currently lives in Toronto, where she works as a librarian.

Appearing in: 12. Two Worlds: Who Am I When Cultures Clash? 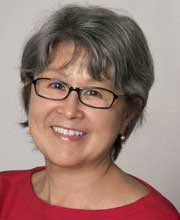 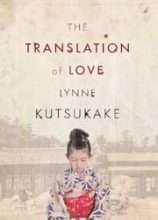