When Linden MacIntyre was writing his Scotiabank Giller-winning novel The Bishop’s Man, Effie and Stella, relatively minor characters, became increasingly central to the story. “I began to realize these women are smarter than all the guys in the book.”

Linden became fascinated with the plight of the middle-aged man, the kinds of things they fear. “I think men at middle age undergo some kind of transformative psychological and emotional phase. You watch all the things that define manhood and virility and masculinity – all these important things that sometimes define the whole man – you watch them suddenly wobble a bit,” says Linden.

Why Men Lie is the result of that fascination, an intense psychological drama that explores the limitations of love. It completes a trilogy that began with The Long Stretch in 1999, and continued with The Bishop’s Man< ten years later. Centred on a group of characters from Cape Breton, now scattered to Toronto and points beyond, this story is told by Effie MacAskill Gillis, the sister of the priest from MacIntyre’s novel of sexual abuse. Effie is a middle-aged woman who has given up on the men in her life.

Set in his home territory of Cape Breton (he grew up in Port Hastings), Linden’s books also draw on his many years as a journalist. One of the characters in Why Men Lie is based on a real-life death row inmate MacIntyre interviewed 14 years ago for The Fifth Estate. “I’ve never had a more intelligent, thoughtful, sane conversation with another human being. It was an amazing moment, one of those things I could never completely capture in journalism.”

Linden began as a print reporter in Halifax, Cape Breton, and Ottawa before joining the CBC in 1976 to host a regional current affairs program called The MacIntyre File. Between 1981-86, MacIntyre worked for CBC’s The Journal, reporting from the Middle East, Central America and the USSR. Since 1990, he has co-hosted The Fifth Estate, CBC Television’s investigative program.

He has won nine Gemini Awards, an International Emmy and the Michener Award for meritorious public service in journalism. As well as three novels, he has published a nonfiction book, Who Killed Ty Conn, co-authored with Theresa Burke, and a memoir, Causeway: A Passage From Innocence. 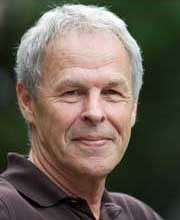 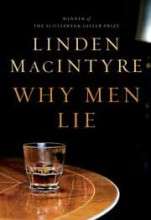