“What binds my characters together, regardless of their background,” says Madeleine Thien, “is that they have so many similar questions.” Those questions range from the personal to the philosophical, but whatever their nature, Madeleine bravely follows where they lead.

Madeleine’s career started early, with the Simple Recipes, as well as the picture book The Chinese Violin, both published when she was 27. Not surprisingly  Madeleine won the Canadian Author’s Association/Air Canada Award for the most promising writer under the age of 30. Simple Recipes also won the Ethel Wilson Fiction Prize and was named a Kiriyama Prize Notable Book.

Madeleine’s early promise was borne out by her first novel, Certainty, which was translated into sixteen languages and won the Amazon.ca Books in Canada First Novel Award and the Ovid Festival Prize. “I am astonished by the clarity and ease of the writing, and a kind of emotional purity,” said Alice Munro, while The Montreal Review of Books called Certainty “a moving, richly textured and immaculately nuanced study of war, grief, displacement, love, renewal.”

Dogs at the Perimeter, Madeleine’s highly anticipated second novel, has already garnered critical acclaim, with reviewers like Charles Foran praising Madeleine’s prose for “its insight, compassion and quiet determination.” A beautifully realized and deeply affecting novel about the multiple lives we carry within ourselves, Dogs at the Perimeter is spare and haunting, intimate and profound.

A child of immigrant Malaysian–Chinese parents and the only one of her siblings born in Canada, Madeleine has centered her short fiction and novels around the idea of family and place. Born in Vancouver, and now living in Montreal, she is a writer whose fiction moves us beyond ourselves. 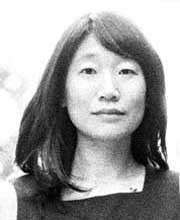 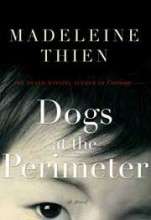