When you write about artificially intelligent robots, being compared to Isaac Asimov is a good thing. And Madeline Ashby’s debut, vN, has garnered comparisons not only to the SF master who invented The Three Laws of Robotics, but to other classics of the genre, including the films Blade Runner and A.I.

vN, the first in the Machine Dynasty series, introduces us to “a self-replicating humanoid with a female chassis named Amy, who eats her grandmother alive at kindergarten graduation,” Madeline explains. The series continues with Madeline’s latest novel, iD, and to Javier, a robot boy who is programmed to only like humans.

“Science fiction has the capability to illustrate alternative and alien subjectivities and for a lot of people – including myself – that’s by nature a feminist project,” says Madeline, an American who now lives in Toronto. “Just as there was once a “Oh, look, it thinks it’s people!” attitude to women and other minorities, it’s not hard to imagine a similar time for humanoids – where no matter how good they were, how incapable of harm, how well they performed humanity, they’d still be regarded and treated as other, as uncanny, as unreal.”

When she isn’t writing, Madeline is a strategic foresight consultant for major tech firms, including Intel. This new specialty seems plucked straight from the pages of one of her books: she helps companies plan for a future that doesn’t yet – and may never – exist.

Madeline’s short fiction has appeared in Nature, Tesseracts, Escape Pod, and The Tomorrow Project. i09.com – the blog of record for all things futurism and SF – named vN one the 10 Best SF and Fantasy Books of 2012. 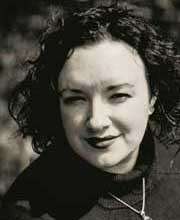 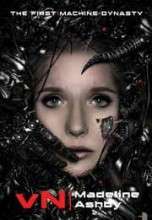