When Marcello Di Cintio’s latest book, Walls: Travels Along the Barricades, was shortlisted for the Shaughnessy Cohen Prize for Political Writing (one of half a dozen major awards for which his book was nominated), Marcello was both thrilled and surprised. “I never regarded Walls Fortunately, the judges begged to differ, and awarded him the prize.

Marcello was born in Calgary and studied microbiology and English at the University of Calgary, where he was also on the university wrestling team. Upon graduating in 1997, he spent a year teaching and travelling in Africa, an experience that resulted in his first book, Harmattan: Wind Across West Africa, which won the Henry Kriesel Award for First Book.

Two years later, he travelled to Jerusalem “to watch the clock turn on 2000.” He also spent time in Iran, studying the relationship between Persian poetry and wrestling. His second book, Poets and Pahlevans: A Journey Into the Heart of Iran, published in 2006, won the Alfred Eggleston Award for Nonfiction and was shortlisted for the Edna Staebler Award.

“I find it interesting,” he says about Walls, “that even though we live in a high-tech and borderless world, we still erect crude harriers out of wire, stone and steel.” As an outsider, Marcello explores the societies created by the world’s walls, from the Berlin Wall to the “peaceline” in Belfast and the L’Acadie fence in Montreal. “Almost every wall is a failure,” he notes. “They rarely achieve what they set out to achieve.”

Marcello celebrates the brave men and women who defeat the purpose of these walls, people who believe, like Robert Frost, that fences make poor neighbours. As one reviewer notes, Walls “is a reminder of the constant thrum of hope amid so many man-made barriers.” 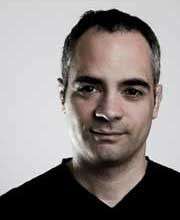 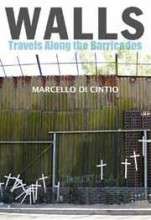