“To be a writer is to undertake a succession of journeys, literal and imagined. Journeys through time (the living of a life), through the lives of other people, to foreign lands and nearby towns, into new ideas, unexpected experiences, and unanticipated technologies”, writes Marian Botsford Fraser.

The author of four critically acclaimed books and countless articles and radio scripts, Marian is a versatile and curious writer, as comfortable with literary and cultural journalism as she is with memoir.

Requiem for My Brother, a nuanced and powerful meditation on family love and loss, was shortlisted for the BC Award for Canadian Nonfiction and selected as the winner for CBC Northern Ontario Reads. “This is a very honest book, uncompromising and deeply affecting. Beautifully written, it is really a meditation on families and on how much of even those we are closest to remains unknown to us,” said author Nino Ricci.

With her longtime involvement in PEN Canada and PEN International, Marian was a natural to write her latest book, a history of civil rights activism in Canada. Through a series of in-depth and original discussions and interviews, Acting for Freedom: Fifty Years of Civil Liberties in Canada presents a fascinating look at the rights many of us take for granted—even as they may be endangered.

True to the notion of writing as a succession of journeys, Marian has over the years done her share of travelling—to New Zealand, to Canada’s north, to Europe, and to countless places along the Canadian-U.S. border. These days, she makes her home in Toronto. 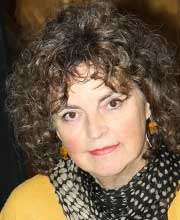