Marie-Louise Gay is probably best known for her “Sam” and “Stella” books. Witty, vibrant, and engaging, they have been translated into fifteen languages, with more than a million copies sold worldwide.

Marie–Louise is already a two–time winner of the Governor General’s Award and has been nominated for the Hans Christian Andersen Award and the Astrid Lindgren Memorial Award, the world’s largest prize for children’s literature. This fall, she will become even more of a household name. Her book Caramba (about a shy cat with a special talent) has been selected for the 2010 TD Grade One Book Giveaway Program. In November, every grade one child in the country—more than 500,000 beginning readers—will get a copy of the book to keep and read with his or her parents.

Marie–Louise lives in Montreal, where she and her husband, novelist and translator David Homel, have two grown sons and a cat named Miro. As a family, they travel often, spending months at a time in southern France, Georgia, Mexico. Together, she and David have written two books for middle–grade readers—Travels with My Family and On the Road Again!—not coincidentally, about the incredible road trips of a family with two sons and a cat named Miro. According to the Los Angeles Times, On the Road Again! has the “ring of truth for anyone who has ever been forced to spend long hours in the back seat of a car.”

Astonishingly prolific, Marie–Louise has written or illustrated more than sixty children’s books. Her latest, due out in September, is Roslyn Rutabaga and the Biggest Hole on Earth! and features a feisty, exuberant, and very muddy rabbit. 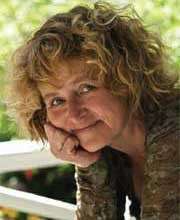 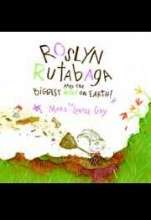