At the age of 16, Marina Nemat’s life changed forever. In the middle of the Islamic Revolution of 1979, she stood up for her right to a proper education – a demand that landed her in a Tehran jail as a political prisoner, where she was tortured for two years and sentenced to death. The only escape was to marry one of her guards. Finally, at 18, she was released from prison. For the past 20 years, she has lived in Canada.

Prisoner of Tehran, praised by MacLean’s as “…one of the finest (memoirs) ever written by a Canadian,” tells the harrowing story of Marina’s life in Evin Prison. Published in 28 countries, it was an international bestseller and a finalist for the Young Minds Award in the UK and the Borders Original Voices Award in the US. In 2007, Marina received the inaugural Human Dignity Award from the European Parliament, and in 2008, she received the prestigious Grinzane Prize in Italy.

Last year, Marina published a sequel, After Tehran: A Life Reclaimed, which recounts the cost of telling her story. In reaction to her memoir, Nemat had to cope not only with her family’s response but with fellow Evin survivors who decried her as a traitor, one who had literally slept with the enemy.

For Marina, the cost of telling her story includes exile and the threat of death. She has received two convictions that carry the death sentence – one for leaving Iran and the other for renouncing the religion she was forced to accept while living in prison.

In Iran, she has been called a liar and whore for speaking out about conditions in Evin Prison. Those allegations were repeated this year during the discussions on CBC’s Canada Reads. Despite attacks that have continued for more than twenty years, Marina continues to tell her story honestly and with grace.

This spring Prisoner of Tehran was adapted for the stage and directed by Maja Ardal at Theatre Passe Muraille in Toronto. Marina has also sold the movie rights to her story.

Interview by George Stroumboulopoulos on The Hour: 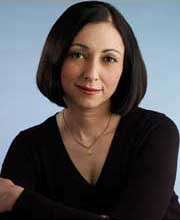 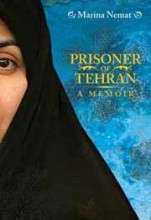 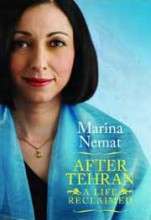