Speaking of the influence of music on his writing, Mark Anthony Jarman says “I feel like Joy Division and Hank Williams were as much an influence on me as William Faulkner was… it’s just something you pick up, something like mood, atmosphere, imagery, intent… I also think that writers envy musicians because there’s something immediate and direct. I can work on a book and it might appear years later or not appear, but if you hit an electric guitar and amp (or harp and mic), you’ve got an immediate effect. That’s very appealing.”

Mark is the author of several short story collections including 19 Knives, My White Planet, New Orleans is Sinking, Dancing Nightly in the Tavern,andKnife Party at the Hotel Europa, the travel book Ireland’s Eye, and the novel, Salvage King Ya!,which landed a spot on Amazon.ca’s list of 50 Essential Canadian Books. He has published his stories in numerous publications and has garnered awards including a Gold National Magazine Award, the Maclean-Hunter Endowment Award twice, the Jack Hodgins Fiction Prize, and has been short-listed for the O. Henry Prize.

His latest collection, Czech Techno: Stories of Music is a “relentlessly, dizzyingly energetic” (The Globe and Mail) suite of stories built around music and travel. With band rifts in Pompeii, techno pulsing in Victoria’s inner harbour, and Johnny Cash in Tijuana, these stories are replete with “immediacy and verve, cutting out the unnecessary to leave only the most vivid” — Literary Review of Canada.

Appearing in:
WS3. Beginnings and Endings
24. A Brief Interlude: Stories of Music 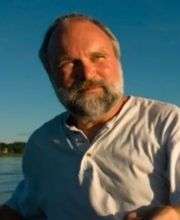