“Public curiosity is as strong as it ever was,” says Mark Bourrie, author of Kill the Messengers: Stephen Harper’s Assault on Your Right to Know.

But reliable information is hard to come by after eight years of the Harper government, Mark argues, which has hobbled Canadian democracy. In his new book, Mark says Canadians have been kept in the dark about what the Conservatives are doing—and that a new kind of government has emerged since the 1980s forged by “professional armies, marketers, pollsters, strategists and attack dogs.”

Mark, a member of the Canadian Parliamentary Press Gallery since 1994, released the book in January, and it appeared on best-seller lists just ten days later.

“He certainly makes some valid points in this razor-witted, accessible account that should interest anyone who cares about Canada’s future,” wrote Publishers Weekly.

“People are either going to love this book or hate it. Me, I loved it. Stephen Harper may not like it quite so much but he would do well to heed it,” wrote the Toronto Star’s review.

A journalist, historian, and lecturer at Carleton University and the University of Ottawa, Mark is the author of several books, including The Fog of War: Censorship of Canada’s Media in World War Two. About Canada’s wartime news-control system, it reached number six on the Maclean’s bestseller list.

Mark lives in Ottawa with his wife, Marion van de Wetering, a corporate lawyer working for the federal government, and their three children. 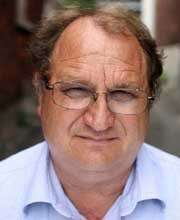