What kind of a world would you like to live in? According to Mark Kingwell, unpacking this great question is getting harder to do.

Mark first book, A Civil Tongue, predicted with remarkable accuracy the shout-doctrine style that has marked the decline in political debate. Since then, Kingwell has been urging readers to consider how bad public behaviour makes it harder to imagine the society we want. In his new book, Unruly Voices: Essays on Democracy, Civility and the Human Imagination, cultural theorists share pages with poets, zombies, and presidents, as Kingwell argues for a sympathetic democracy to counter the strangeness of the modern world.

“Mark Kingwell is a beautiful writer, a lucid thinker, and a patient teacher,” says Naomi Klein. “His insights are intellectual anchors in a fast-changing world.”

A philosophy professor at the University of Toronto, Mark has made a career of taking the pulse of Canadian society in such works as In Pursuit of Happiness: Better Living from Plato to Prozac and Dreams of the Millenium. He has also strayed beyond that realm to explore cultural phenomena such as the cocktail shaker and the Empire State Building. In 2009, he wrote a biography of Glenn Gould for the Penguin series, Extraordinary Canadians, bringing to the project his own lifelong love of music. In Catch and Release: Trout fishing and the meaning of life, he unravels his passion for fly-fishing.

Mark lives in Toronto and is a contributing editor to The Walrus and Harper’s Magazine. An aficionado of jazz, film, and baseball, Mark considers himself a social democrat and a “recovering Catholic.” 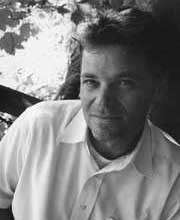 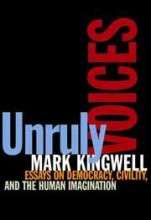