Mark Kingwell, a philosopher and critic who has taught aesthetic theory for more than ten years, is the perfect choice as Glenn Gould’s biographer in the Penguin series, Extraordinary Canadians. Mark views Gould as a philosopher who did his thinking with musical notes instead of words.

The Gould biography is Mark’s thirteenth book. His works range from memoir — Catch and Release – Trout fishing and the meaning of life — through popular philosophy — In Pursuit of Happiness: Better Living from Plato to Prozac — to investigations of cultural phenomena such as the cocktail shaker, the Empire State Building and the millenium. His first book, A Civil Tongue: Justice, Dialogue, and the Politics of Pluralism, was awarded the Spitz Prize for political theory.

A philosophy professor at the University of Toronto, Mark has held visiting posts at Cambridge University, University of California at Berkeley and City University of New York and has contributed to many leading journals and magazines, ranging from The Journal of Philosophy, Harvard Design Magazine and Yale Journal of Law and the Humanities to The New York Times, Utne Reader, Adbusters, The Walrus, Canadian Art, Toronto Life, Harper’s Magazine, Descant, This Magazine, Saturday Night, National Post and The Globe and Mail. He frequently appears on television and radio and is well known for his appearance in the film The Corporation.

An aficionado of jazz, film, and baseball, Mark considers himself a social democrat and a "recovering Catholic." 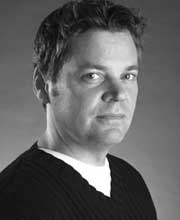