A frequent reviewer for Quill and Quire, Canadian Notes and Queries, and other publications, Mark also writes fiction and poetry and has published in numerous literary journals across the country. Darkly comic and insightful, his work is distinguished by his nuanced approach to both language and characterization.

Off Book, Mark’s first novel, tells the story of a failed playwright who ends up working for the absurdist theatre that is the World Wide Web. His next novel, the ambitious and harrowing Sad Peninsula, weaves the story of a Korean “comfort woman” with that of Michael, a Canadian language teacher navigating the sex-drenched nightlife of modern Seoul and questioning his colleagues’ attitudes towards the young Korean women they date. “A fabulously rich picture of expat life … complex and original,” said the Literary Review of Canada.

Now, with The Secrets Men Keep, Mark continues his astute investigations into the compromises, concessions, and confusions of adult heterosexual masculinity. “Offering sly comic pokes and affable satire, this memorable collection of thirteen stories frequently highlights the significant gap between the empire-building ambitions of men and their humdrum and hemmed-in middle-management realities,” says Publishers Weekly.

Mark holds a journalism degree from the University of King’s College in Halifax and a Masters in English from the University of Manitoba. Born and raised on Prince Edward Island, he currently lives in Toronto, where, when he’s not writing, he likes to practice the fine art of mixology. To that end, he has invented his own cocktail, the Joey Smallwood, a concoction consisting of, among other things, Newfoundland Screech and vermouth. 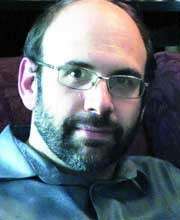 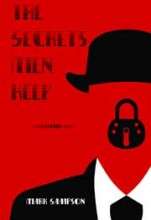