The Carnivore, Mark Sinnett’s most recent novel, is a narrative of disaster and betrayal, set in the Toronto of 1954 and 2004. In the aftermath of Hurricane Hazel, a young cop, Ray Townes, emerges as a hero. There are numerous accounts of his bravery, of the way he battled all night to save those who were trapped in houses swept away by the storm. His story is featured prominently in the newspapers, thrusting him into the spotlight as a local celebrity. Fifty years later, when a reporter comes knocking, wanting to revisit that violent night, the missing details finally surface — and threaten to destroy the life Townes has built.

Mark was born in Oxford, England, and moved to Canada in 1980, where he settled in Mississauga for nine months before moving to Kingston. He earned a degree from the Department of Film Studies at Queen’s University in 1985. While at Queen’s, he was literary editor at The Lictor literary magazine. He is the author of two poetry collections — The Landing, winner of the Gerald Lampert Memorial Award, and Some Late Adventure of the Feelings. He has also written a book of short stories, Bull, and The Border Guards, a novel/thriller that was shortlisted for the Arthur Ellis Award. 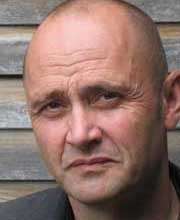 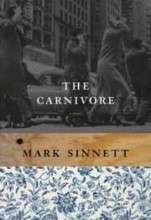