“I don’t make a big distinction between nonfiction and fiction. What’s important to me is the strength and originality of the writing voice.”

Marni Jackson is no stranger to the Canadian literary landscape, having plied her trade as an author, editor, writing teacher, and journalist. A past book columnist for the Globe and Mail, and senior editor at the Walrus, as well as a contributor to every major Canadian magazine (with Rolling Stone and London Sunday Times thrown in for good measure), Marni has taken home numerous National Magazine Awards for her journalism, humour and social commentary along the way.

Marni’s acclaimed nonfiction writing includes Pain: The Science And Culture Of Why We Hurt, Home Free: The Myth of the Empty Nest and the Mother Zone, which was a finalist for the Stephen Leacock Award for Humour, and remains in print 24 years after its best-seller listed release.

No stranger to exploring different art and genres, Marni has worked in theatre, television (as the host of TVO’s Imprint), and in film, co-writing the documentary Al Purdy Was Here, directed by her husband, Brian D. Johnson. Kingston WritersFest was proud to co-present the film during the 2016 Kingston Canadian Film Festival.

Don’t I Know You? marks Marni’s accomplished debut into the world of short fiction. Praised as “playful”, “whimsical”, “whip-smart” and “ingenious”, this collection of interlocking stories casts well-known celebrities as fictional characters who play unusual roles in the life of the main character. “I knew Marni Jackson first as a gifted, intrepid journalist,” says Terry McDonell, ASME Hall of Fame editor and author of The Accidental Life, “now I know her (suddenly and obviously) as a radiant new voice in fiction.” Author Katherine Heiny adds that “Don’t I Know You? is full of surprises in the best possible way. A premise so unlikely you could never describe it and writing so beautiful you could never believe it. Jackson’s prose is quicker than a mongoose, sharper than a scalpel―and full of read-aloud sentences.” 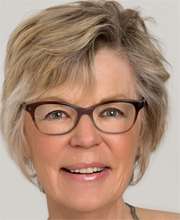