Nuanced, fresh, and gorgeously well–written, Various Positions, Martha Schabas’ extraordinary debut novel, takes us inside the beauty and brutality of professional ballet, and the young women striving to make it in that world.

Shy and introverted, and trapped between the hyper–sexualized world of her teenaged friends and her dysfunctional family, Georgia is only at ease when she’s dancing. Fortunately, she’s an unusually talented and promising dancer. When she is accepted into the notoriously exclusive Royal Ballet Academy, Georgia thinks she has made the perfect escape. But an increasingly problematic relationship with the Academy’s Director, a disturbing incident with a stranger on the subway, and her dawning recognition of the truth of her parents’ unhappy marriage, threatens her ambitions as a dancer. Capturing all the visceral nuance of adolescence and the beauty and brutality of ballet, Various Positions is “a wonderful, courageous” debut, says the Globe and Mail; laced with “extraordinarily expressive dialogue” and “resonant turns of phrase.”

Martha’s articles, book reviews and short fiction have appeared in The Globe and Mail, The New Quarterly, Broken Pencil and Maisonneuve. She holds an M.A. in English Literature from Queen’s University, and an M.A. in Creative Writing from the University of East Anglia, where she received the David Higham Literary Award. 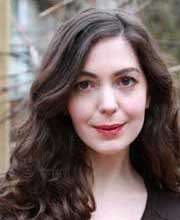 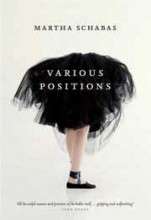